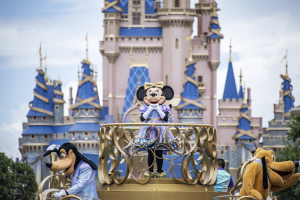 Disney Chief Executive Bob Chapek has indicated that Disney+ is entering a new phase that gives priority to income over rapid growth, but so far the company has struggled to translate subscriber additions into profits.

Mr. Chapek on Tuesday hinted at cost cuts in the near future and said his outlook for the streaming service remains rosy. He said that “realigning our costs”—as well as price increases for some Disney+ packages and a new ad-supported subscription tier that will both take effect Dec. 8—will allow the service to achieve its goal of profitability by September 2024.

“The rapid growth of Disney+ in just three years since launch is a direct result of our strategic decision to invest heavily in creating incredible content and rolling out the service internationally,” and the company expects to pare losses in the division going forward, Mr. Chapek said. “Disney+ will still achieve profitability in fiscal 2024, assuming we do not see a meaningful shift in the economic climate.”

Revenue rose 9% from a year ago to $20.2 billion. Analysts were expecting revenue of $21.27 billion, FactSet said.

Disney’s income from operations for the quarter totaled $1.6 billion, down 55% from the previous quarter and on par with the year-ago quarter.

As the streaming industry matures, most companies are raising prices, including Disney. The ad-supported tier of Disney+ will compete with a similar product launched by rival Netflix Inc. this month.

“Streaming is a critical mass business. Scale is really, really important in order to be able to thrive,” Mr. Chapek said last month at The Wall Street Journal Tech Live conference in Laguna Beach, Calif. In the future, consolidation will lead to fewer streaming services and force companies like Disney to offer more services through their streaming platforms, he added.

This month, Disney launched a test program that placed links inside the Disney+ app allowing users to buy exclusive merchandise related to Star Wars, Marvel Studios and other popular franchises the company owns.

Some Disney watchers say the company faces a difficult balancing act between spending enough money on popular shows and movies to attract new subscribers, finding the right pricing point for dozens of different markets and reining in costs so streaming can break even.

Since the spring, shares of media companies that rely on streaming have tumbled across the board, as investors have grown more pessimistic about the prospects of near-term profitability for streaming.

“The halcyon days of total growth and number of subscribers, those days are over,” said Chris Legg, senior managing director at investment bank Progress Partners, which advises companies in the media and advertising technology space.

“Disney is still in the mind-set of go-and-grab more subscribers, whether it’s locally or internationally. They probably have a few quarters to keep playing that game, but Wall Street is definitely getting less patient with this spend-for-subs model,” Mr. Legg. said.

Published via: The Wall Street Journal

IBT: Disney Has Caught Up With Netflix, Amazon And Apple Could Be Next

Video streaming is getting hot as competition for subscribers among big plays heats up, challenging Netflix‘s...
‏‏‎ ‎

The streaming revolution has revealed weaknesses in the leader in U.S. TV measurement, giving the...
‏‏‎ ‎