The venture capital market is slowing, but some investors are saying that’s a good thing — for them.

During the pandemic, VC money was getting thrown into the market and competing for opportunities for investment. Now, the VC market is correcting itself: company valuations are down, and less competition means smaller VC firms can be more deliberate with their investments. However, this also means it’ll be more difficult for media companies looking to raise capital to do so.

After hitting a high in Q4 2021, global VC funding in Q3 declined 34% from the prior quarter, hitting a nine-quarter low, according to data from market intelligence firm CB Insights. The 34% quarter-over-quarter drop in Q3 was the largest percentage drop in a decade. However, Variety reported that despite this shrinkage, the technology, media and telecom (TMT) sector remained the top VC target.

Why this is “healthy” for the VC market

Kyle Stanford, lead VC analyst at PitchBook, said the slowdown is a “healthy” trend for the venture capital market, which was “overheated” in 2021.

“The performance of the return to the VC market provided to investors over the past decade has brought so much capital so quickly into the market that what we saw in 2021 was kind of like the culmination of too many people chasing too few deals and the market hasn’t kept up with all that capital,” he said.

Cross-over investors – typically public investors who “jumped” into private markets – moved into the VC market the past few years, infusing a large amount of capital into the space during the pandemic, Stanford said.

Now, crossover and large investors have slowed their VC investments, bringing valuations down. This is “healthier for return,” because smaller firms will not have to compete with those investors, Stanford said.

“Now, people are taking time to do the diligence, to find the right fit, and not be quite as eager just to get something done,” said Sam Thompson, senior managing director at M&A advisory firm Progress Partners.

Lower valuations also means it’s a good time to invest, Thompson said. “It’s not a bad time to get into these companies, build them up and get some nice momentum from the early stage into a market that starts to pick back up in 18 months. In our view, longer term, this is the right time to get into this space,” he said. Progress Partners has a $35 million VC fund, and the firm remains “on track” to make one to two investments per quarter, Thompson said.

What does this mean for companies looking to fundraise?

While this might be a good thing if you’re a VC firm, it’s not so great for companies looking to raise capital right now.

“What investors are looking for to make an investment? That bar has definitely been raised from last year,” Stanford said. However, Stanford argued that some companies getting VC funding last year would’ve been better off with a different funding route. Because there was a lot of competition, startups went to raise capital when they weren’t ready, he explained, meaning they needed to continue fundraising to grow “and that’s just not what many business models are meant to be,” he said.

It’ll be difficult for startups not generating revenue to convince investors to put money behind them now, Stanford said.

“There’s less capital available to companies, so VCs are going to be incredibly selective,” said Ozi Amanat, founder of VC firm K2 Global. “But this is overall very healthy for the market, because you’ve got less dollars flowing to less deals. There will be more efficiency when it comes to that.”

While Amanat led a bid to acquire Forbes Media in 2014 (but got outbid by Hong Kong-based investment group Integrated Whale Media), these days his firm is looking for opportunities in emerging technology rather than more traditional media companies, Amanat said. He specifically cited synthetic media companies developing AI technology to create audio and visual content. Last month, K2 Global announced it had $300 million of committed capital to invest in tech start-ups.

“We are going to see more media assets come to play and VCs become more involved in taking stakes into these companies,” he said. 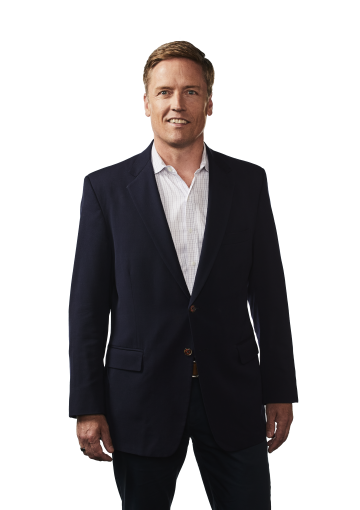