Red Hat is the new soul of IBM. It has helped the old tech giant get a new life and grow again.

After the market closed on Monday afternoon, Big Blue reported second-quarter earnings of $2.31 per share, which beat analyst estimates of $2.27 per share. Revenues came at $15.5 billion, up 16 percent at constant currency. That’s another quarter of solid revenue growth driven by the company’s software segment, which includes Hybrid Platform & Solutions, and Transaction Processing, and accounted for roughly 40% of the overall revenues.

“In the quarter we delivered good revenue performance with balanced growth across our geographies, driven by client demand for our hybrid cloud and AI offerings. The IBM team executed our strategy well,” said Arvind Krishna, IBM chairman and chief executive officer, in a statement following the company’s second-quarter financial results. “With our first half results, we continue to expect full-year revenue growth at the high end of our mid-single digit model.”

Big Blue has invested big bucks in the hybrid cloud business by boosting research and development and acquiring companies with core capabilities in this area.

One of these companies is Red Hat, a significant factor behind the revival of IBM. Red Hat revenues were up 17% in constant currency for the quarter. IBM purchased  the high-tech pioneer in 2019 for $34 billion as part of its “creative destruction” strategy, which has helped the high-tech giant transition from declining business segments like managed services to emerging businesses like a hybrid cloud.

Parag Sheth, Managing director at Progress Partners, has a couple of praising words for IBM’s creative destruction strategy. “Earlier, IBM spun off their non-core businesses, including healthcare analytics and its managed services business, enabling the company to focus on core business objectives to drive growth and profitability,” he told International Business Times in an email. “The big winner here is hybrid cloud, which makes up a significant portion of IBM’s revenue.”

But for how long can Red Hat and hybrid cloud drive IBM’s growth? Sheth thinks for a long time. “This move – disposing of non-core assets to focus on core business objectives – is one trend to expect among other industries in the near future,” he adds. “Looking ahead, I foresee cyber playing a role in IBM’s growth… with its acquisition of Randori only the beginning.”

Still, markets think otherwise. IBM’s shares traded 4.5% lower after hours on Monday, after losing close to 2% during the regular trading hours. And they have been flat in the last five years, a period in the S&P 500 that has gained close to 50%.

Apparently, IBM’s management has a long way to go before convincing markets that its revival is for real. 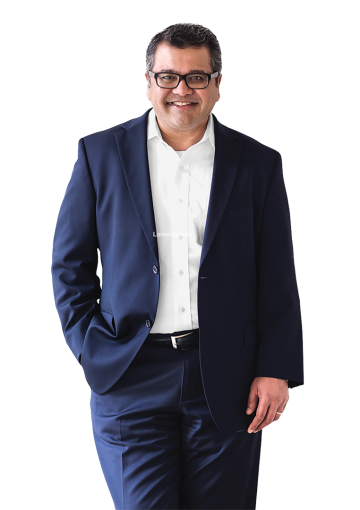 Whitepaper: The Basics of Blockchain

The latest inflation data catapulted stocks higher out of the gate on Wednesday, with the...
‏‏‎ ‎