The purchase was made by Anthem in cash and common stock. This latest addition to the Anthem family of properties marks a continuation of the Company’s commitment to acquiring high-quality premium content and diversifying its growing portfolio with culturally relevant entertainment through both traditional and digital distribution channels. Gravitas Ventures joins a roster of high-profile properties that includes AXS TV, HDNET MOVIES, IMPACT Wrestling, Invicta Fighting Championships, Fight Network, Game+ and GameTV. The purchase gives Anthem over 8,000 hours of sports and entertainment content in its library to complement its seven consumer-facing streaming channel brands.

For over 15 years, Gravitas Ventures has been connecting filmmakers to a global audience of more than a billion people —collaborating with rising talent and established artists alike, to share important films and documentaries with viewers around the world. As one of the first companies to develop partnerships with digital media platforms, the Cleveland-based company boasts a wide-ranging network of strong connections with leading providers throughout the AVOD, PVOD, VOD, SVOD, electronic sell through, electronic rental and theatrical landscapes. It has been fueled by a simple mission to bring dynamic stories to the marketplace by building bridges between filmmakers and consumer-friendly technology offerings. Gravitas has been part of Red Arrow Studios since November 2017, and typically releases over 300 films and documentaries per year. The most recent successful films in the portfolio include the 2020 feature THE SECRET: DARE TO DREAM, starring Katie Holmes and the 2021 film QUEEN BEES, starring Ellen Burstyn and James Caan.

Upon completion of the transaction, Anthem will add more than 200 customers to its ranks, while unlocking additional promotion opportunities for its various business units and enabling Gravitas to invest further in content opportunities, new themed channels and to enter the television distribution market.

Gravitas has an exciting opportunity to harness the full power of the library, leveraging Anthem’s expertise in launching highly-successful global FAST digital channels to create all-new themed channels specifically based around their unique content offerings.

“This is a significant step forward for Anthem in its mission to build a next-generation media company that is primed for the digital future, keeping Anthem ahead of the curve with the current trajectory of the fast-paced streaming-first entertainment ecosystem,” said Leonard Asper, founder and CEO of Anthem. “Gravitas is a world leader in film and documentary distribution and provides Anthem with a major presence across the top digital platforms. We are happy to welcome Nolan, Michael, Brendan, Brian and the Gravitas team on board, and to broaden our shareholder base to include Gravitas Ventures’ management and Red Arrow Studios. We are excited to build upon the incredible success that they have already achieved.”

“Anthem perfectly complements Gravitas Ventures’ mindset and mission, presenting several major platforms where our films can thrive while opening up dynamic new areas and opportunities that will be vital in helping our company grow,” said Nolan Gallagher, founder of Gravitas. “They have had tremendous success with all of their acquired properties, taking a hands-on approach that shows a great understanding for their unique products and what it takes to keep them on top in this highly competitive industry. We feel confident being a part of a talented Anthem team that is more than equipped to lead the charge for our filmmakers on this journey, and we could not be more excited to begin this new era in the legacy of Gravitas Ventures.”

New York-based Progress Partners, led by Chris Legg, Senior Managing Director, with support from team member and Managing Director, Sanjay Puri, acted as M&A financial advisors to Anthem. “Having the Progress team in our corner was a tremendous asset to us throughout the process and their insights and analysis provided a strong foundation to get this deal done,” said Ed Nordholm, Anthem’s Chief Corporate Officer.

Gravitas Ventures is a leading all rights distributor of independent feature films and documentaries. Founded in 2006, Gravitas connects independent filmmakers and producers with distribution opportunities across the globe. Working with talented directors and producers, Gravitas Ventures has distributed thousands of films into over a hundred million homes in North America – over one billion homes worldwide. Recent releases include Queen Bees starring Ellen Burstyn and James Caan, Our Friend, directed by Gabriela Cowperthwaite, starring Casey Affleck, Dakota Johnson, and Jason Segel; Vanguard, directed by Stanley Tong and starring Jackie Chan; and The Secret: Dare To Dream, directed by Andy Tennant and starring Katie Holmes. For more information, please visit gravitasventures.com and follow @GravitasVOD on Twitter and @gravitasventures on Instagram. 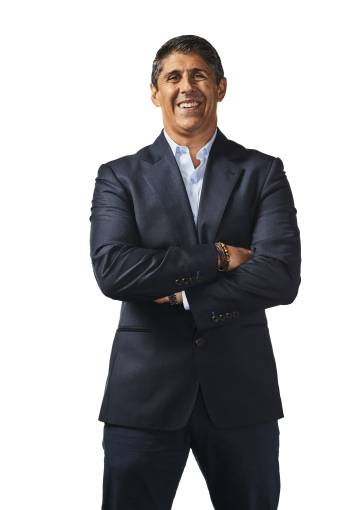