“On TV & Video” is a column exploring opportunities and challenges in advanced TV and video.

Over-the-top (OTT) television viewing is overtaking linear TV, and both national and local advertisers are scrambling to follow the eyeballs. And it’s no wonder.

While 75% of linear TV viewers in the US are age 50 and older, the coveted 18-to-34-year-old demographic has dwindled to just 9.8% of linear viewership. Instead, this cohort now represents 54% of the connected TV (CTV) audience. Moreover, 82% of US households now have at least one CTV.

Although OTT buying solutions exist for national advertisers, local advertisers are stymied. According to some estimates, less than 10% of small-to-midsize local TV and video advertisers have used OTT.

Sure, it’s still in its infancy, but it’s baffling to see ad-supported streaming platforms cuddle up to national advertisers and ignore the multibillion-dollar local market.

What’s the scale of this opportunity? Who’s competing for these local ad dollars? And what will it take for OTT publishers to get in the game?

Local advertisers can do more than the status quo

The ABC affiliate in Kansas, KMBC-TV, can offer ABC’s best content, but if no one watches it live, then there’s no value for local advertisers.The $15.7 billion marketing channel for restaurants, personal injury lawyers, auto dealers and other local businesses is close to vanishing – poof! Yet there’s $137 billion in local OTT advertising left on the table.

With nowhere else to go, local businesses have shifted ads to mobile and online channels, accounting for an estimated $47.7 billion of local ad spend in 2021. Here’s the problem: The kingpins of digital publishing offer highly targeted local advertising next to the internet’s lowest-grade junk.

A local hospital can’t be thrilled to see its Facebook ad alongside Uncle Bob’s rant about how Bill Gates invented COVID-19. Google search doesn’t allow advertisers to use sight, sound and motion as they would on TV. There’s YouTube (technically OTT), but the local Ford dealer doesn’t want to introduce the new Bronco before a video about how to get hair unstuck from a vacuum cleaner.

Local advertisers like the advantages of high-tech targeting but dislike (most) user-generated content (UGC). The holy grail is a spot alongside premium TV.

Programmatic ad buys currently represent only 24% of premium TV ad views, while publishers sell 76% of their inventory directly to advertisers – primarily national advertisers. With this approach, streaming services are losing out locally. If OTT could become more programmatic and place ads next to premium TV content, advertisers would rally to it.

Skeptics may wonder how this miracle in OTT advertising would happen. Don’t ad-free streamers like Netflix and Amazon Prime dominate? Not necessarily. In fact, time spent on ad-supported streaming services grew at a higher rate than time spent on subscription streaming in 2020. Moreover, a 2021 Piplsay survey of 28,000 Americans found that 60% have switched from a subscription service to an ad-supported service in the past year.

Local businesses would gladly move to growing, ad-supported OTT platforms to avoid advertising alongside political outrage, conspiracy theories and how-to humdrum. The problem is existing programmatic and publisher direct systems are only equipped to serve national advertisers. Like in the early internet days, selling platforms and avenues for local advertising aren’t yet developed.

Traditional media has long been on the expressway to digital transformation. Think back to Yellow Pages – that giant book with phone numbers and addresses. Local advertising is no different.

Rest assured, if streamers can sell inventory in a scalable, targeted way, local advertising will finally take off. The space is just waiting on ad tech platforms to make local OTT advertising programmatic. When that finally happens, local TV spend will shift inexorably to OTT. And no one will look back. 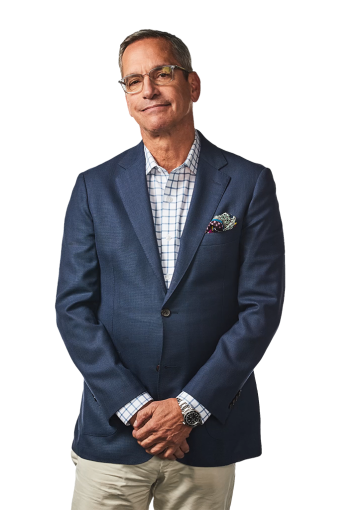