Adweek: The Fate of CNN+ Reflects the Wider Struggle in Streaming 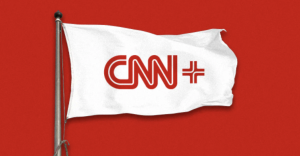 On April 30, the subscription-only streaming service CNN+ will shutter for good. In what incoming CNN chief Chris Licht called a “uniquely shitty situation,” the newly merged Warner Bros. Discovery raised the white flag on three-week-old CNN+ before letting it be routed in the streaming wars. Uncoincidentally, Netflix announced two days prior that it lost subscribers for the first time in a decade—and shed 35% of its market value on the news.

The fate of CNN+ reflects the wider struggle in streaming to find a reliable business model. I stand by my opinion that the model better be ad-supported if Warner Bros. Discovery wants CNN to have a profitable future—inside or outside a streaming bundle with HBO Max and Discovery+.

That bundle would outperform CNN+, which allegedly had 10,000 daily viewers.

But consumer tastes have changed, and undifferentiated products are nowhere near enough. Which leads to the next question—how should Chris Licht move forward?

The current state of streaming

According to Nielsen, only 18% of Americans have four streaming subscriptions, just 10% have five and only 7% have six or more. Who would have picked CNN+ over Netflix, Hulu, Disney+, Prime Video, HBO Max and Sling TV?

To be clear, CNN+’s flop is not a referendum on subscription content broadly. Notice that the New York Times has built a robust subscription business with advertising included. Like Amazon, they realize that Prime is not the end goal—the subscription is permission to sell a broader range of goods and services to a receptive audience.

Instead, egos took over decision-making following Jeff Zucker’s departure from CNN. The idea of slowly building a digital platform gave way to the CNN+ we see today: an undifferentiated product with the hubris to believe that consumers would open their wallets for watered-down news and lifestyle programming.

Despite the inevitable blowback and the unfortunate layoffs, Warner Bros. Discovery’s decision to swiftly shutter CNN+ was a savvy business decision.

How should Chris Licht move forward?

First, I stand by my recommendations from March. Hire savvy digital veterans like Cheddar founder Jon Steinberg and former Roku executive Scott Rosenberg. In addition, make a strategic acquisition to bring in millennials and Gen Z. Regardless of CNN’s role in the Warner Bros. Discovery streaming bundle, younger viewers will be critical for replacing baby boomers and growing ad revenue.

Second, welcome that new audience to a true digital experience—molded on the New York Times—and deliver users to a separate, ad-supported streaming service that bundles HBO Max, Discovery+ and remnants of CNN+. Connected TV ad infrastructure and sales talent do require significant investments, but why wait only to make Netflix’s strategic mistake?

Third, stop boxing CNN within so few mediums. CNN probably has piles of unused content, from Ukraine and beyond, that could fuel better podcasting, short-form video and experimental media like the metaverse. To bring the cable and CNN.com audience from text to streaming is a large leap, so there need to be lily pads along the way.

The blind spot here is CNN’s cable contracts. CNN+ was fluffy, in part, because CNN was contractually forbidden from livestreaming its pay TV news. Can CNN get breaking news onto a streaming service without violating its agreements? We don’t know.

What we do know is that no organization does on-the-ground reporting like CNN. As Licht and Warner Bros. Discovery CEO David Zaslav have made clear, they want to double down on the hard news that CNN does best.

Good. Start by hiring digital experts, making smart acquisitions and sparing CNN from another streaming debacle. Build an ad-supported service accessible to all people, regardless of their income. That CNN could be the news brand millions turn to daily.

The era of only launching copycat subscription-streaming services is over. Warner Bros. Discovery raised the white flag for CNN+ and for subscription-only streaming. It’s time to regroup and try again. 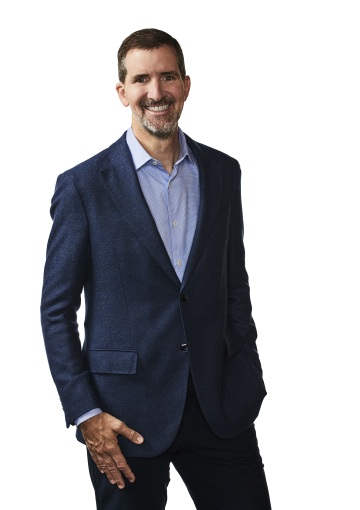